While visiting my sister in Mosinee WI, I attended a church service with her at the Mosinee United Methodist Church. Their pastor was a wonderful speaker and quite a comedian. I’ve never been in a Methodist church so I decided to read up a bit on it and shared some of that in my blog. 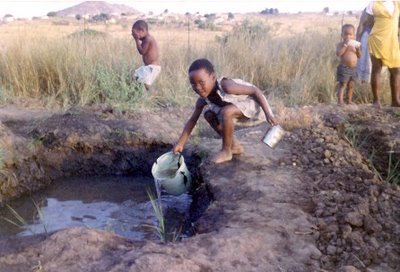 Two of their members showed a film about the plight of people living in Africa. These two women will be attending a walk for water program. I have seen information on the terrible circumstances and it’s just shocking to learn that 3,600 children die per day from drinking poisoned water. The mothers must walk 6-8 hours a day to obtain their dirty water. I was able to donate to the project and the pastor let us know a local person was matching the money dollar for dollar.

United Methodist Church (UMC)  In the US, it ranks as the largest mainline denomination, the second largest Protestant church after the Southern Baptist convention, and the third largest Christian denomination.

The movement which would become the Methodist Church began in the mid-18th century as a movement within the Church of England. A small group of students, including John Wesley, Charles Wesley and George Whitefield, formed on the Oxford University campus. The group focused on Bible study, methodical study of scripture and living a holy life. Other students mocked the group by calling it the “Holy Club” and “the Methodists” for being overly methodical and exceptionally detailed with their Bible study, opinions and lifestyle. Eventually, the Methodists started individual societies or classes for members of the Church of England who wanted to live a more sacred life.

In 1735, the Wesley brothers went to America to preach the gospel to the American Indians in Georgia. Within two years, the “Holy Club” had disbanded. Wesley returned to England and met with a core group of preachers whom he held in high regard. He wrote that “they appeared to be of one heart, as well as of one judgment, resolved to be Bible-Christians at all events; and, wherever they were, to preach with all their might plain, old, Bible Christianity”. These ministers continued their affiliation with the Church of England. Meantime, they began to be convinced of what they believed were biblical truths that were not then popular among Anglicans. Some of their convictions were that “by grace we are saved through faith” and that justification by faith was the doctrine of the Church as well as of the Bible. They preached these conclusions, and salvation by faith became their standing topic.

In a short time, they became popular preachers with large congregations. The former name was then revived and all these gentlemen, along with their followers, became known as Methodists

From the website: In 2005, I traveled with a team from Lake Grove Presbyterian Church on a World Vision trip to Zambia. While visiting the very rural Sikuteke Village, I walked with a woman a half mile to a dry stream bed. In the stream bed was a small water hole–the water was brown with debris floating in it. The woman reached in, scooped the water out with an old hardhat and filled her bucket. I looked at it, thought of my newly born grandson, and asked the woman if she boiled the water before she gave it to her kids to drink. “No,” she said, “I do not have enough fuel.” She was giving this water to her kids. She had no choice. Something happened to me. I felt I had to do something to help..

Since then, many others from our area have traveled to Zambia with World Vision and have had similar experiences. These travelers and other local volunteers established WaterAfrica in order to increase awareness about the need for safe water and sanitation in developing countries and to raise money to help World Vision provide safe water and sanitation for villagers in rural Zambia

WaterAfrica initiatives include Walks for Water and Water Concerts. We speak at churches, schools, and other organizations. We staff information tables at various events and have developed a short video to tell the story. We have raised over $700,000, enough to provide water for almost 20,000 people. http://waterafrica.org/