Filed under: Image that — celebrationgoddess @ 7:15 am 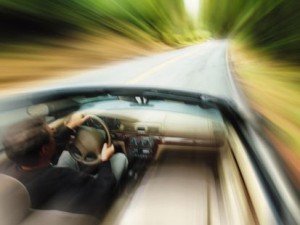 MANTECA, Calif. (CBS13) – A woman was able to hold on to a vehicle’s hood for dear life for more than 40 miles when her husband allegedly floored the accelerator after a domestic argument, authorities said. The Manteca Police Department said 36-year-old Christopher Michael Carroll attacked his wife shortly after midnight on February 26 and stormed out of the house, getting into the family minivan and pulling out of the driveway. His wife, who asked not to be identified, chased him outside and stood in front of the vehicle in an attempt to block him. “She jumped on the hood, and that’s when her adventure started,” said Manteca police spokesman Rex Osborn. Carroll allegedly stepped on the gas and sped through the streets of Manteca until he reached Interstate 205, authorities said. His wife clung to the minivan’s windshield wiper and side mirror as the vehicle accelerated to more than 100 MPH. Carroll allegedly didn’t slow down until he reached Pleasanton, more than 40 miles away, according to witness reports to police. “There’s a purpose that I’m still alive, because it was a miracle,” the victim said. The woman was able to roll off the hood safely when Carroll finally pulled over, and due to the 45 degree temperatures and high speeds, she was suffering from hypothermia when emergency crews found her.

Wonder what makes you eventually just pull over in a situation like this?

2 Responses to “Holding on for dear life”