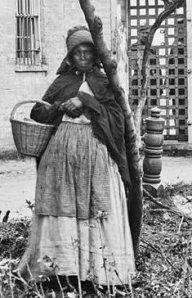 WOW WHAT A GODDESS WEDNESDAY –
(enjoy learning about a goddess!)

I know usually I would feature a woman, but I saw a very interesting program tonight about a slave from the 1800’s. He loved a slave woman from the plantation and they had many children. His owner freed them both and they spent a lot of time trying to free their children.

He was born in 1762 in Timbo, West Africa, (in present day Guinea, Fouta Djallon). He was known as the “Prince of Slaves” or “Prince.” He was a Fulbe or Fulani, (Fula) of the land of Fouta Djallon. Ibrahim left Futa in 1774 to study in Mali at Timbuktu. Ibrahim was leader of one of his father’s army divisions. After winning a battle against a warring nation, he took with him a few soldiers to report back to his father, when he was ambushed, captured, and sold to slave traders in 1788 at the age of 26. He was bought by a Natchez, Mississippi cotton plantation owner, and eventually became the overseer of the plantation of Thomas Foster. In 1794 he married Isabella, another slave of Foster’s, and eventually fathered a large family: five sons and four daughters.

By using his knowledge of growing cotton in Fouta Djallon, Abd al-Rahman Ibrahim rose to a position of authority on the plantation and became the de facto foreman. This granted him the opportunity to grow his own vegetable garden and sell at the local market. During this time, he met an old acquaintance, Dr. John Cox. Dr. Cox was an Irish surgeon who had served on an English ship. He was the first white man to reach Timbo after being stranded by his ship and falling ill. Cox stayed ashore for six months and was taken in by the Abd al-Rahman Ibrahima family. Cox appealed to Foster to sell him “Prince” so he could return to Africa. However, Foster would not budge, since he viewed Abd al-Rahman Ibrahim as indispensable to the Foster farm (among other reasons). Dr. Cox continued, until his death in 1816, to seek Ibrahim’s freedom, to no avail. After Cox died, Ibrahim continued the cause.

In 1826, Abd al-Rahman Ibrahim wrote a letter to his relatives in Africa. A local newspaperman, Andrew Marschalk, who was originally from New York, sent a copy to Senator Thomas Reed in Washington, who forwarded it to the U.S. Consulate in Morocco. Since Abdal-Rhaman Ibrahim wrote in Arabic, Marschalk and the U.S. government assumed that he was a Moor. After the Sultan of Morocco Abderrahmane read the letter, he asked President Adams and Secretary of State Henry Clay to release Abd al-Rahman Ibrahim. In 1828, Thomas Foster agreed to the release of Ibrahim, without payment, with the stipulation that Ibrahim return to Africa and not live as a free man in America.

Before leaving the U.S., Ibrahim and his wife went to various states and Washington, D.C. He solicited donations, through the press, personal appearances, the American Colonization Society and politicians, to free his family back in Mississippi. Word got back to Foster, who considered this a breach of the agreement. Abdul-Rahman’s actions and freedom were also used against President John Quincy Adams by future president Andrew Jackson during the presidential election.

After ten months, Abd al-Rahman Ibrahim and Isabella had raised only half the funds to free their children. They made arrangements to leave America. He went to Monrovia, Liberia with his wife. Abd al-Rahman Ibrahim lived for four months before he contracted a fever and died at the age of 67. He never saw Fouta Djallon or his children again.

CHECK OUT THE PAST FEATURE GODDESSES:

I love to learn about lots of new people and goddesses. Send me a friend request on facebook. Find me at: Bethsheba Celebration-Goddess. Let’s share! http://www.facebook.com/profile.php?id=100000713596291